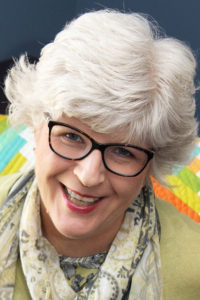 English-born Catherine Redford learned to knit and sew at an early age, keeping her family’s Barbie dolls and action men well dressed. After relocating from London to Naperville, Illinois, she started quilting in 1998 and discovered a new passion in her life. Five years after taking her first quilting class, she began to teach. An award-winning quilter, active member of her local guilds, and popular teacher at local and national levels, Catherine also co-founded the Naperville Modern Quilters Guild.

The Language of Flowers

The Language of Flowers, includes a wide variety of quilts featuring flowers, many of which are beaded and embellished. Learn the meanings our ancestors ascribed to different blooms and consider why the giving and receiving of quilts is so special to many of us. 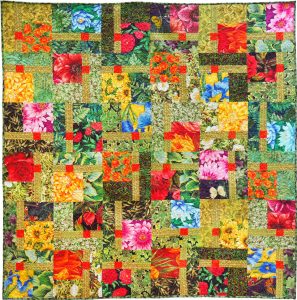 Discover the magic of free motion quilting. After drawing our patterns on paper we’ll put the feed dogs down and begin stitching on pre-made quilt sandwiches in a relaxed, no criticism allowed setting. Try lots of different designs to find your personal favorites. This class is designed to give the beginning or hesitant machine quilter a confidence boost, ready to return home and practice. 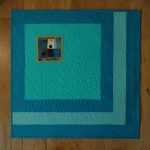 To sign-up for workshops please use the link above, stop by the Programs Table at any guild meeting, or contact our Programs Chair at programs@nsqg.club. Policies are subject to change without notice.